SUPPORTING CAPE VERDEANS TO BUILD A PATH TOWARDS SUSTAINABLE DEVELOPMENT

Tourism is booming on Cape Verde. The TUI Care Foundation is committed to ensuring that the environment and local people also benefit. 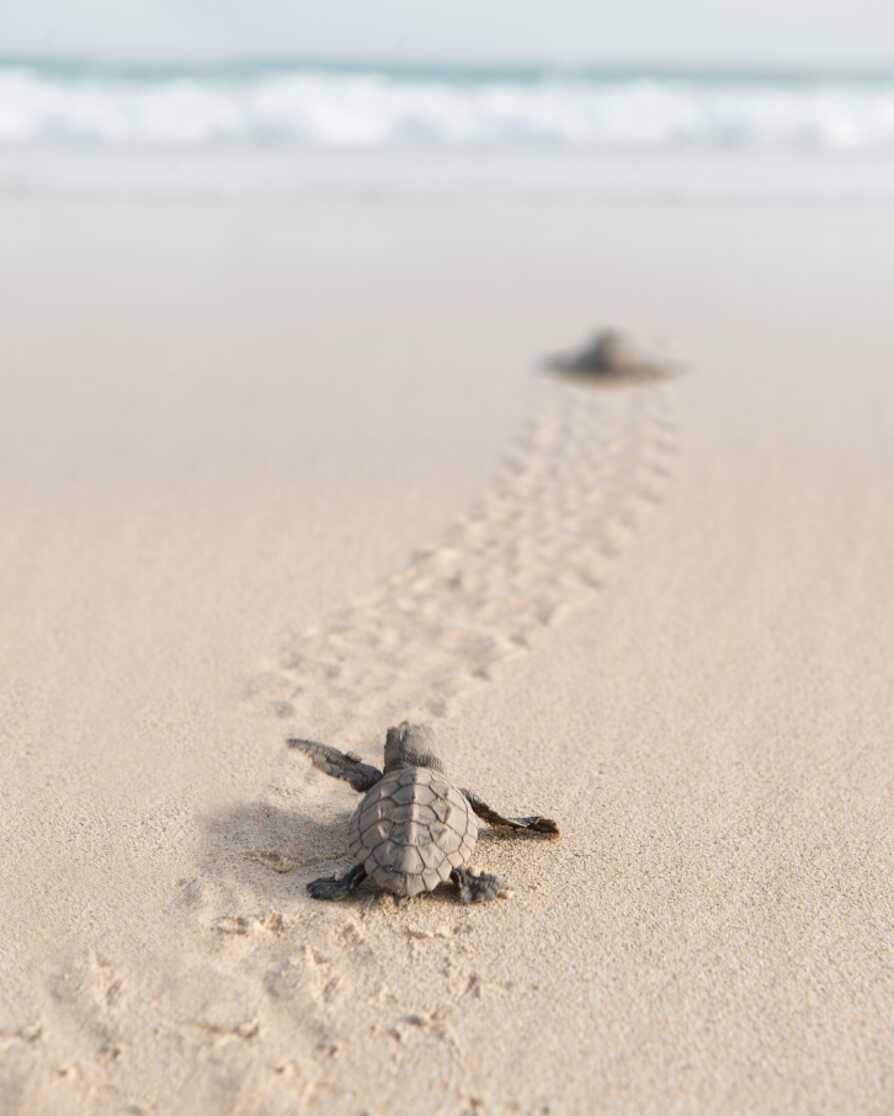 In the last years, Cape Verde has consistently established as a tourism destination. Situated in the Atlantic sea, the African archipelago highlights by its unspoiled landscape of beaches, mountains and colorful villages, bathed in year-round sunshine. The country also hosts a diverse and rich ecosystem. Sal, the main tourist island, constitutes the world’s third largest nesting site for the vulnerable loggerhead turtle.

It therefore comes as no surprise that the tourism industry in Cape Verde has experienced sustained growth in the last decade. Having contributed to 44.5% of total GDP and generating, directly and indirectly, almost 39% of total employment in 2016, the industry has become a critical factor for the country´s overall development.

The remoteness of the islands is both their allure and their downfall when it comes to tourism. Tiny, isolated, dry and with few natural resources, the islands are beautiful, but fragile when it comes to coping with an influx of visitors. TUI Care Foundation, together with five local NGOs, is working to preserve and protect the natural environment, while empowering the residents of the archipelago to benefit from the growth of the tourism industry. Two programs are currently in place in Cape Verde: TUI Chances and TUI Turtle Aid. The first one focuses on the support to underprivileged children. In the island of Boa Vista, TUI Care Foundation has partnered with the Boa Esperança (Good Hope) nursery to provide day care to 220 youngsters from infant to preschool age. With the support of TUI Care Foundation donations, children are fed and taken care of. Funds are also used to improve pedagogical support, to modernize the building and hire more educators.

In the island of Sal, TUI Care Foundation supports a private educational initiative that sets an example to others: the Castelos do Sal after school center. Since 2011 needy children had been offered with an alternative to the street at the end of the school day. Andreia Carvalheiro – the pedagogical director – and her team take care of children and young people from difficult family backgrounds. Carvalheiro explains they teach and communicate the importance of “overcoming difficulties.” “This is how we are making the new generation on the Cape Verde Islands fit for the future”, she says with conviction.

In the same island of Sal and as part of its second program – TUI Turtle Aid -, TUI Care Foundation has partnered with Project Biodiversity. Just during the last turtle season, exactly 948 endangered nests were surrounded by a fence, creating a safe area for turtles. Here they were protected not only from stray dogs, but also from beach walkers who could easily have stepped on the clutches by mistake. The reward for this effort: 70.000 hatched turtles. On the beaches of the Hotel RIU Funana, holiday guests would see up close how the barely thumb-sized offspring hatch, and would become godparents by giving them symbolic names. This way we involve and raise awareness among visitors of the importance of protecting turtles in the island.

A similar program is also running in the neighboring island of Boa Vista, where TUI Care Foundation has partnered with the NGO Bios.cv. Twenty rangers and volunteers patrol the beaches, pursues poachers and transport threatened clutches to fenced areas, where the offspring can hatch safely. TUI Care Foundation also helps by bringing together other actors to support Bios.cv in their job. For example, at the RIU Touareg Hotel, whose beaches are constantly patrolled, conservationists are supported with meals and an information table in the hotel to gather support and raise awareness among the visitors to the island.

Both projects are part of the worldwide TUI Turtle Aid program which aims to protect one million turtles by 2020.

Apart from helping to protect the youth and the environment, TUI Care Foundation cooperates with Travel Foundation for a new project to encourage businesses on the island to think and operate in a “greener” way by implementing waste management strategies. The goal is to reduce landfill waste on both islands of Sal and Boa Vista by at least twenty per cent and water and electricity consumption on Sal is to fall by ten per cent.

As Cape Verdeans work hard to build their path towards development, TUI Care Foundation is committed to encourage them to do it in a sustainable way.