PIKALA AMONG THE FINALISTS OF UNWTO’S SECOND GLOBAL STARTUP COMPETITION 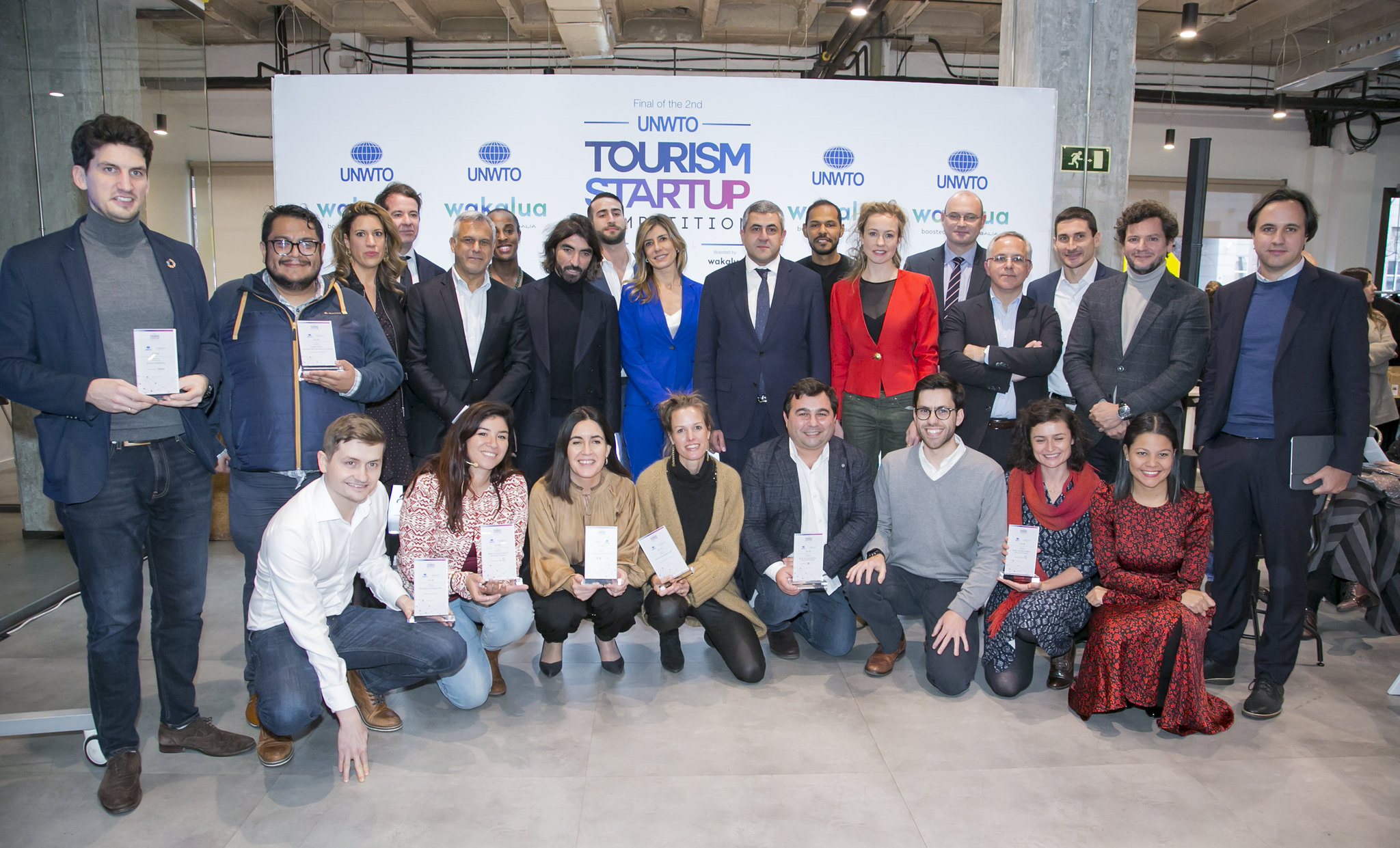 Pikala, a bicycle project supported by the TUI Care Foundation since 2017, which offers cycle tours in Marrakesh and empowers young people to become mechanics and tour guides, was chosen to be among the 10 finalists of UNWTO’s second Global Startup Competition. The 10 finalists were nominated in a variety of categories including Deep Tech, Sustainability, Rural Development and Smart Mobility. They received training at IE University the day before the finals took place, with Cantal Bakker, the founder of Pikala, participating on behalf of the Pikala team.

The final competition was opened by UNWTO Secretary-General, Zurab Pololikashvili and attended by representatives of the collaborating companies that will participate in the future promotion, investment search or implementation of the pilot projects. Together, they formed the competition’s panel of judges, listening to each start-up’s presentation and assessing it on several criteria, including their potential for scaling-up and ability to contribute to the sustainable development agenda.

Mr. Pololikashvili said: “This competition shows how much talent is out there, in countries large and small. And while the ideas may be very different, they all have one goal in common: making tourism smarter, better, and ensuring it contributes to sustainable development.”

The final was held at the barrabes.biz innovation hub in Madrid. Also supporting the finalists of the 2nd UNWTO Tourism Startup Competition were Miguel Arias, Global Director of Entrepreneurship at Telefónica, Begoña Gómez, Director of the Africa Center, Rufino Selva from the Special Projects Department of Comunidad Valenciana and Raquel Rodrigo, Senior Analyst at Amadeus. In its first two rounds, the UNWTO Tourism Startup Competition received proposals from almost 5,000 startups.

Although Pikala wasn’t chosen as the winner of the sustainability category, it was a great opportunity for its founder, Cantal, to expand Pikala’s international network by presenting to such a prestigious audience, as well as meeting and exchanging ideas with like-minded change-makers.  The event is a real milestone for Pikala in establishing itself globally as one of the most sustainable tourism activities creating positive social impact. Among the selected winners were Rutopia from Mexico, I like local from the Netherlands, Questo from Romania, and Suncycles from Namibia.

Cantal Bakker, Founder of Pikala, commented: “It was a unique experience to be part of UNWTO’s second Startup Competition. I found a lot of inspiration and valuable exchanges with partners and other change-makers, who are making a great effort to innovate tourism sustainably”.

Jost Neumann, Head of Livelihood Programmes at the TUI Care Foundation, attended the event to support Pikala and meet new potential partners. Importantly, he helped Amir Abdallah, Founder of Travel Tech 4 Good’s winner Halla Travel, practise his pitch. Halla Travel was presented to the audience in Madrid right after the announcement of the winners.

Jost said: “Over the last few years, the TUI Care Foundation has taken bold steps in supporting innovators and social entrepreneurs, like Cantal from Pikala and Amir Abdallah from Halla Travel, to take their ideas to the next level in order to effect social change. We’ve supported Cantal and Amir since the beginning and the TUI Care Foundation has been instrumental in expanding their initiatives, which have now been recognised on an international stage by the United Nations. Over the last three years Pikala has evolved and grown into a leading example of what can be achieved in sustainable tourism. Our role is to find people that trigger positive change through tourism and support them with financial support and an extensive global network. This is how we pave the way for tourism to create positive impact at scale.” 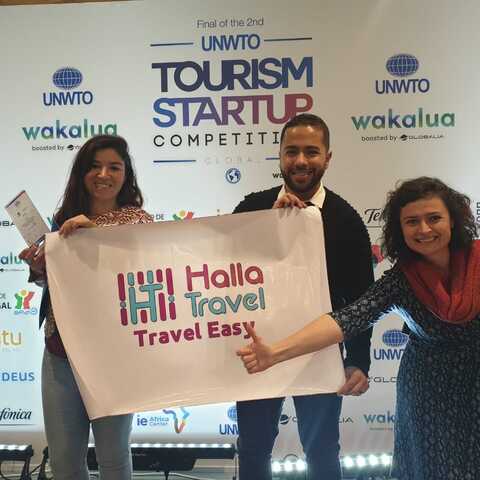 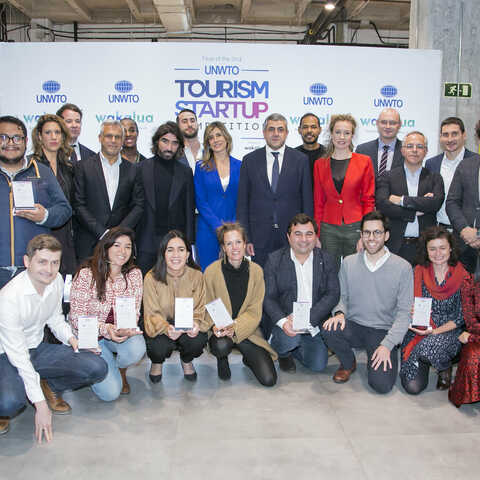 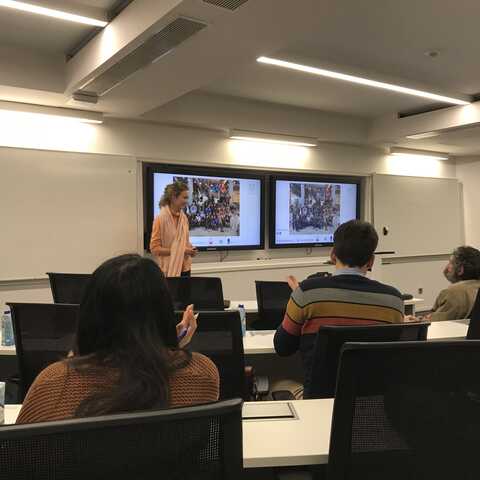 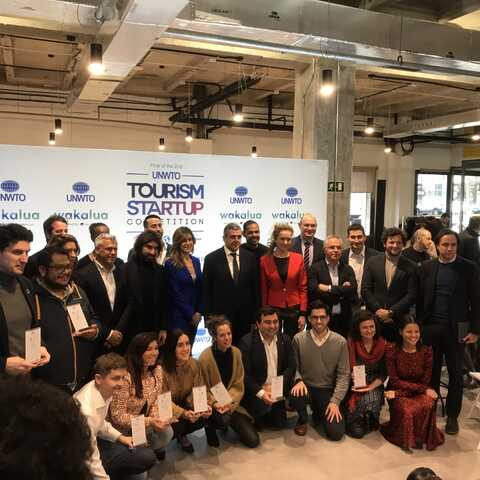 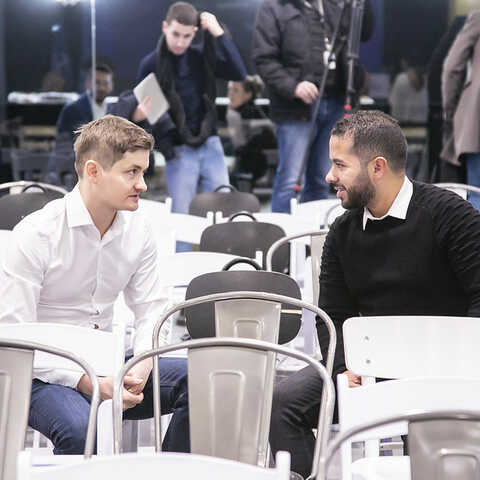